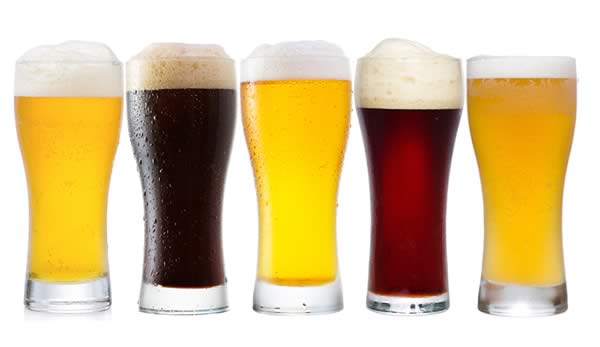 Craft Brewing is Why We Began.

Our roots are in craft brewing and the most important lesson we've learned over the many years we've been in this business is that quality is everything. The freshest, highest quality products are needed to make the best beer. That's why we carry only beer kits from the biggest names in the industry like Coopers, Muntons, Morgans and Brew House.

Our world-class beer kits and expert advice will have you crafting outstanding beer that you'll be thrilled to serve to your family and friends!

Beer is an alcoholic beverage produced by the saccharification of starch and fermentation of the resulting sugar. The starch and saccharification enzymes are often derived from malted cereal grains, most commonly malted barley and malted wheat. Most beer is also flavoured with hops, which add bitterness and act as a natural preservative, though other flavourings such as herbs or fruit may occasionally be included. The preparation of beer is called brewing.

Beer is the world's most widely consumed alcoholic beverage, and is the third-most popular drink overall, after water and tea. It is thought by some to be the oldest fermented beverage.

How Beer is Made.

Beer is made by steeping crushed malted barley in hot water. Enzymes in the barley are activated by the water and convert the exposed starch to sugars. This liquid is then drained off and boiled with hops. After boiling it's cooled down and yeast is added to start a fermentation which produces beer. It's then bottled or kegged and prepared for drinking.

Now It's Your Turn!

Beer is easy to make. All you need is some basic equipment and an ingredient kit and you can craft beer better than the big guys. Jump to our Getting Started Page to see just how easy it is to make your own beer.

Have your wine made at Newfoundland's largest Ferment-on-Premise facility. You deserve to go first-class! We've been supplying craft brewers and winemakers with world-class products since 1993. Visit us today for a unique and fun-filled experience.